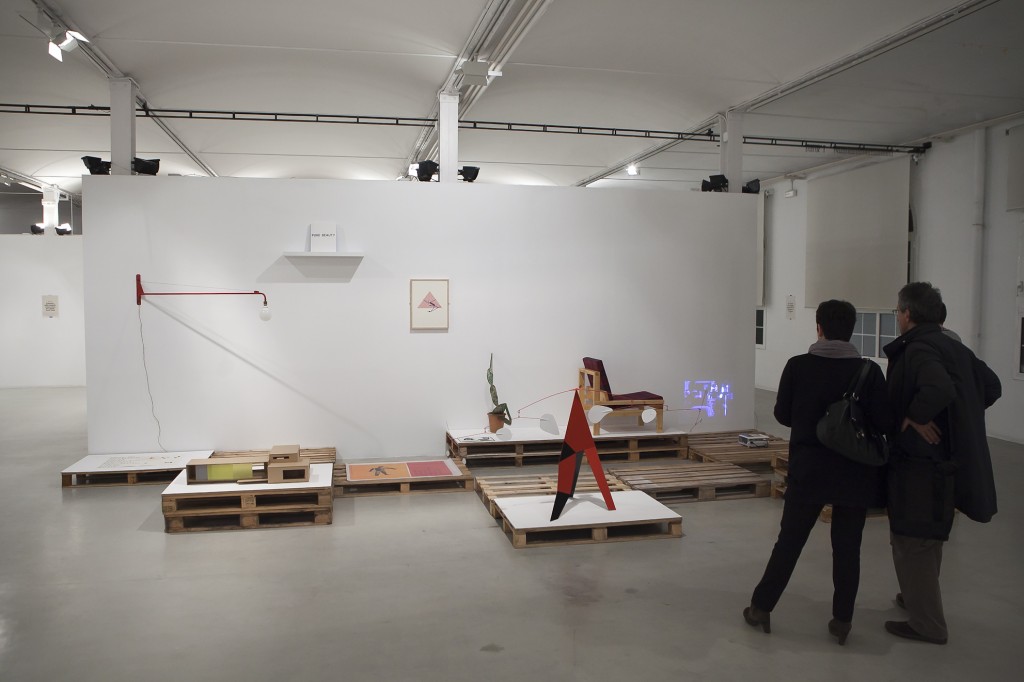 Case study is a project in which research and discussion on the artist’s working process is fundamental. For eight weeks, every Wednesday there was a presentation of each research project through a lecture or performance. The exhibition became a cumulative process where each week the materials of each presentation were added to the show. All projects held a common interest in how to formalise certain aspects of modern architecture.

La Casa de la Playa is a children’s colouring book, but it is also an investigation about the modern house ideal. Artists Rafael G. Bianchi and Gina Giménez talked about the playful and intuitive component in the process of their work and they presented an installation especially created for Case Study. 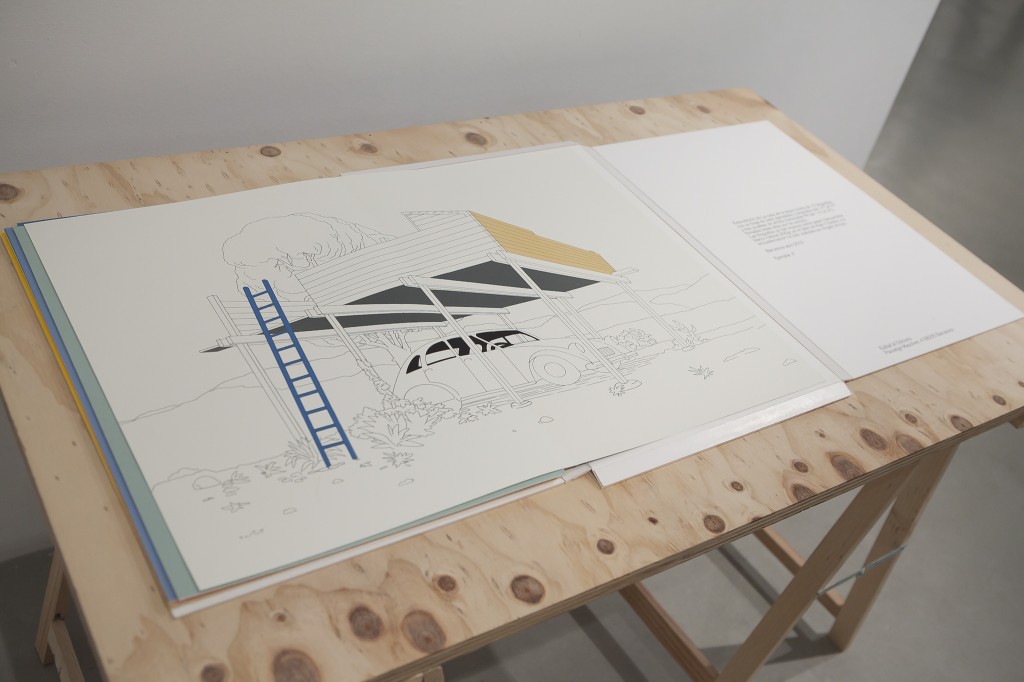 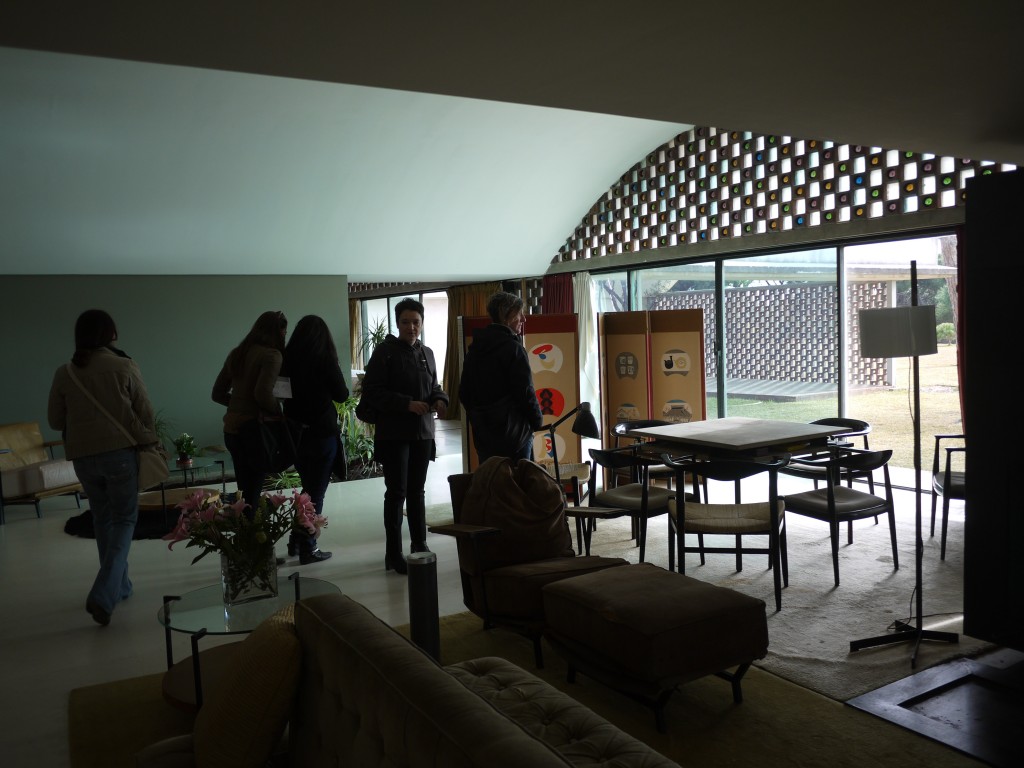 The building Corviale, built in the early eighties near Rome is, in all its complexity, one of the latest architectural designs that were made with the modernist spirit. It was finally left unfinished because of political issues. The artist Domènec will present his project in order to portray the inhabitants of this modern experiment in Italy with the modest poetic gesture of returning the possibility for utopia.

With guided tour with the artist to the Walden 7 building 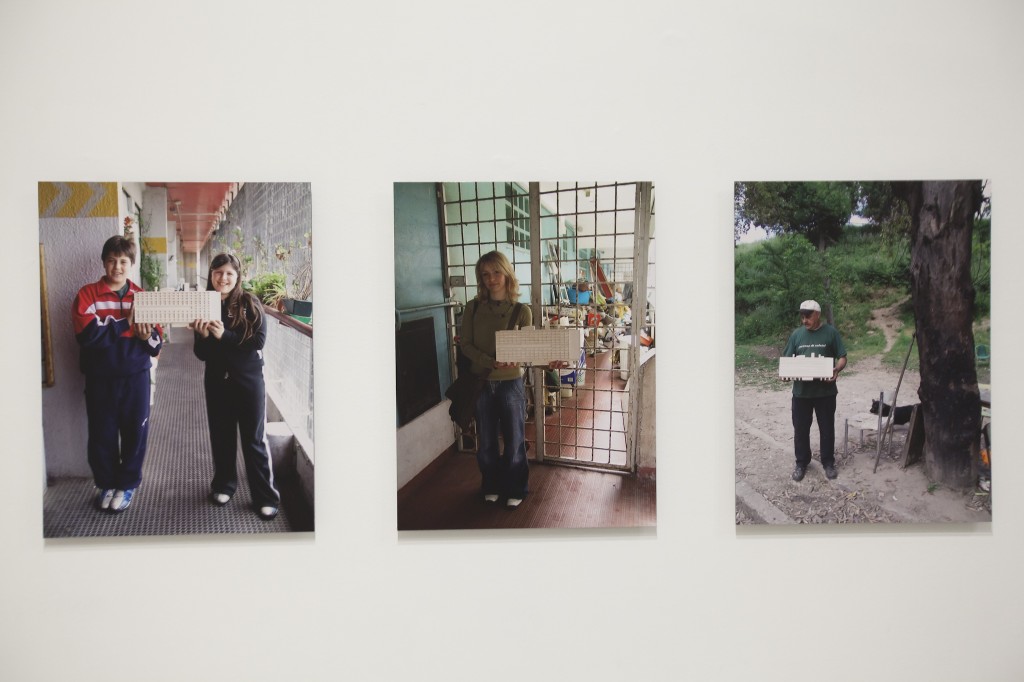 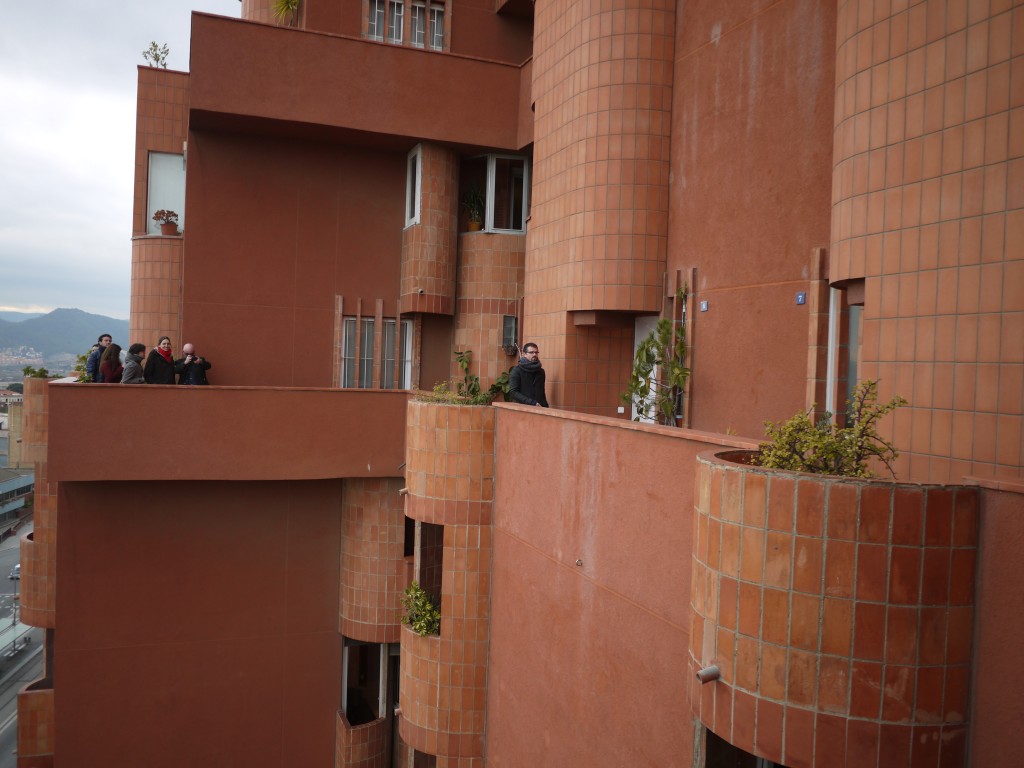 Poblenou was years ago a neighbourhood with a network of independent cinemas. The research of the Venezuelan artist Aymara Arreaza will compare the situation with the absence of active theatres in Ciudad Bolivar (Venezuela) and will explore the current presence of the buildings that housed the cinemas as spaces that resist abandonment. 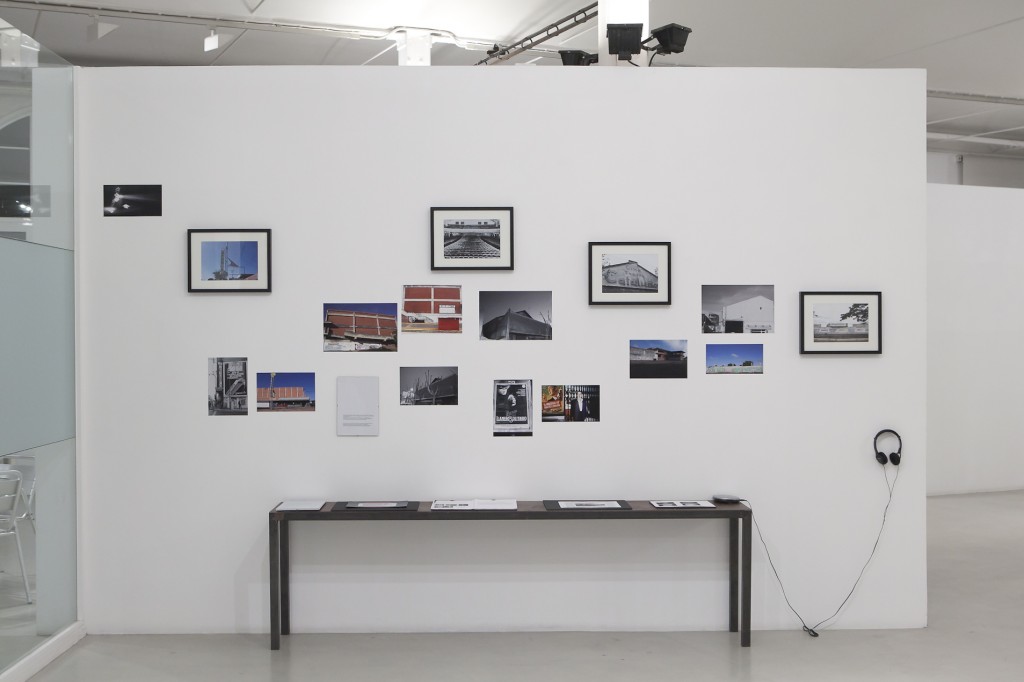 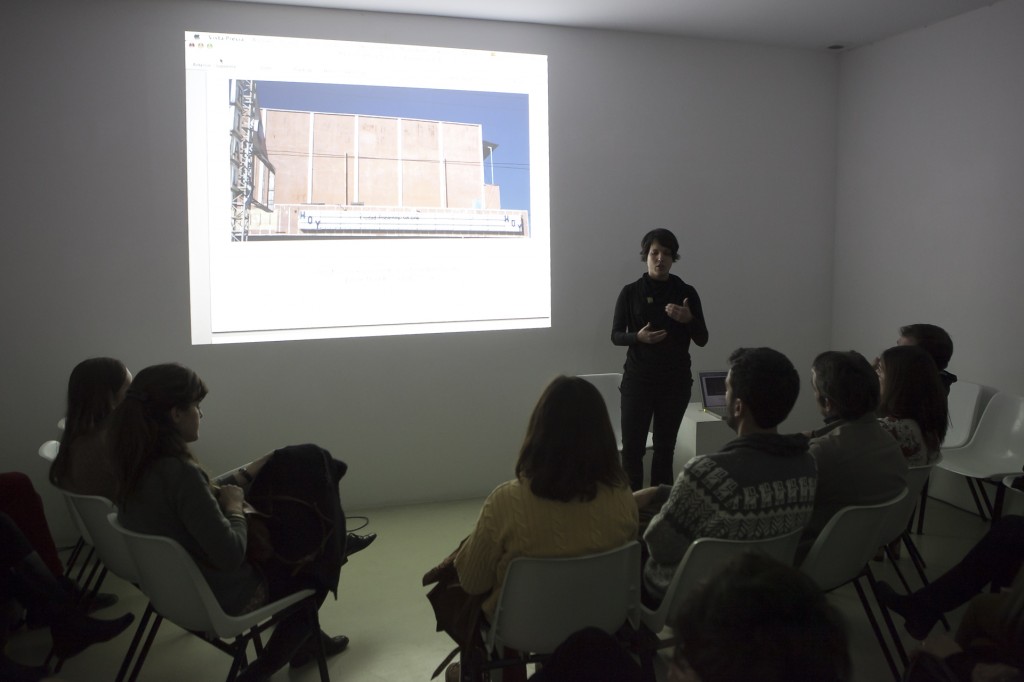 The famous architect Alvar Aalto built the Sunila pulp mill in northern Finland during the thirties. It was a model of social construction that went into decline from the sixties, when the factory began to require less manual labour. The artist Eva Fàbregas will go through the history of the factory’s colony in order to question how we can represent modernity today. Fort he first time in Barcelona, she will present the video specially made for this project. 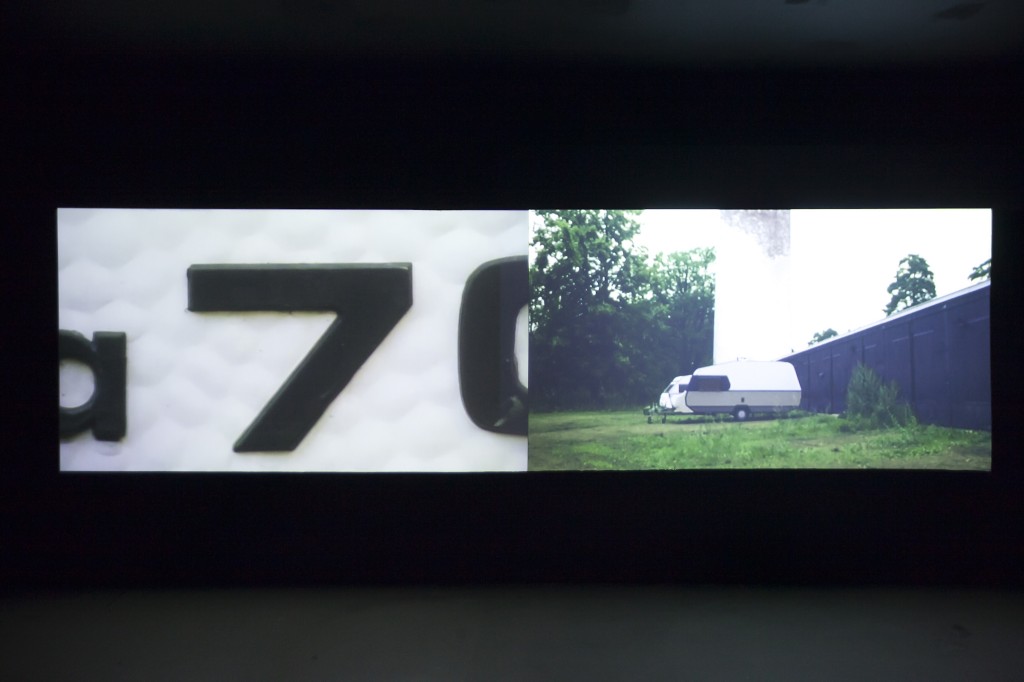 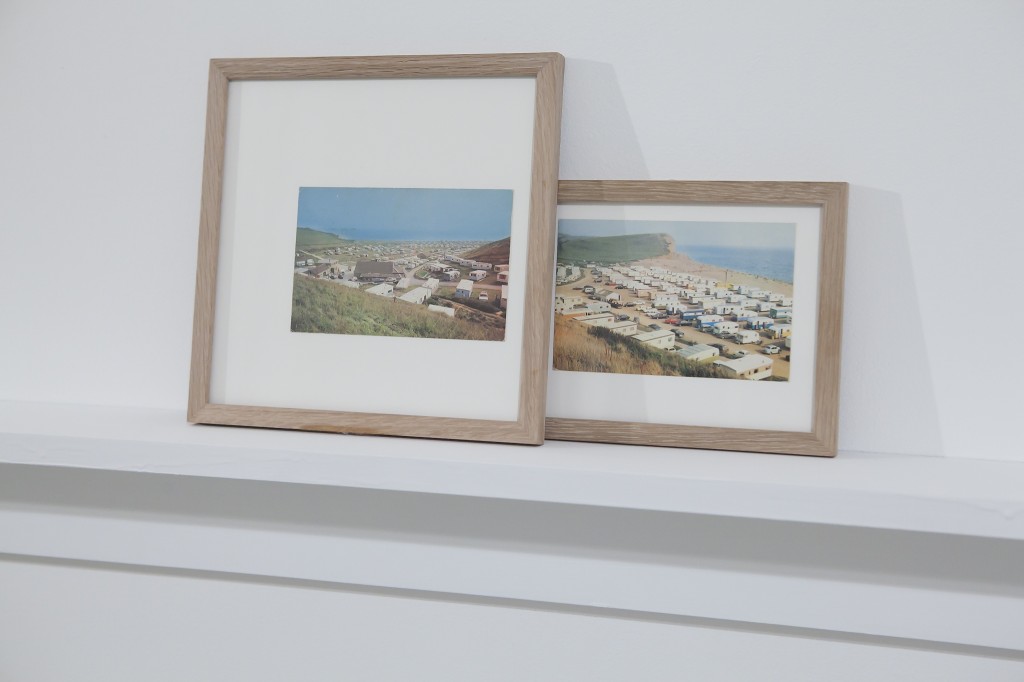 Oriol Vilanova investigates modernity and totalitarianism. He returns to the Paris International Exhibition of 1937 where Germany and Russian pavilions received the Ex Aequo award. The two were responding to a totalitarian and monumental architecture, while the Spanish pavilion symbolized the anti-war movement and the avant-garde. The artist’s research will look at and architecture’s symbolism. 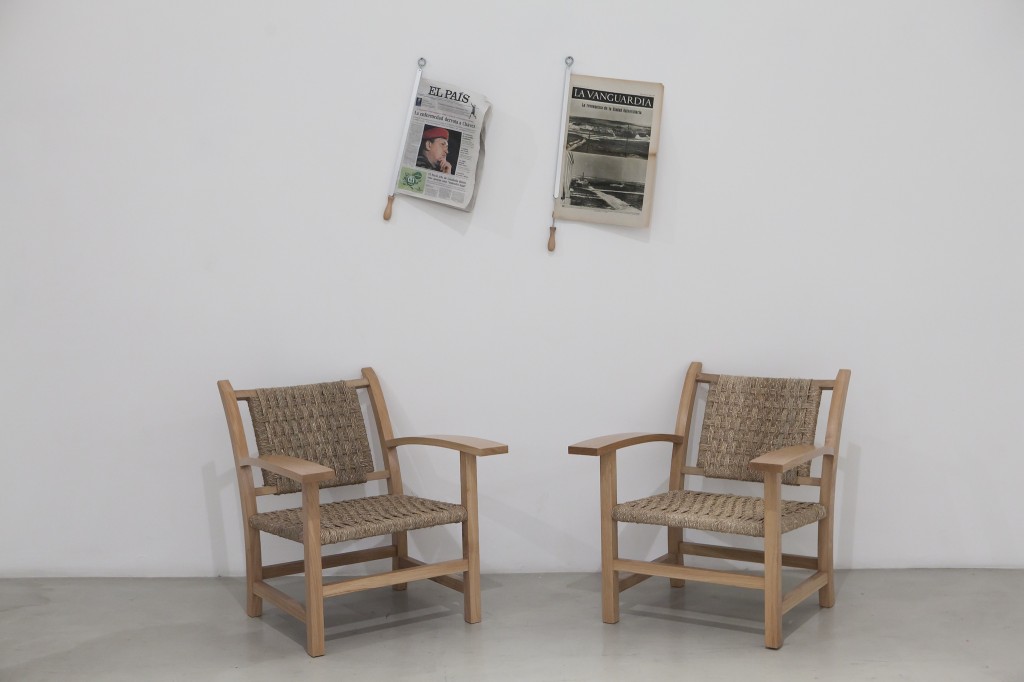 The artist Jordi Mitja will talk about his archive Esquelets, Pells mudades i deposicions de capital (Skeletons, reversed skins and capital depositions) that collects over 100 photographs taken near La Jonquera. The images show the architectural modifications as result of speculative actions and how these changes affect a particular territorial frame and landscape, in this case the area of the Empordà (Girona). The artist will talk on the archive as a working process based on the accumulation of images. 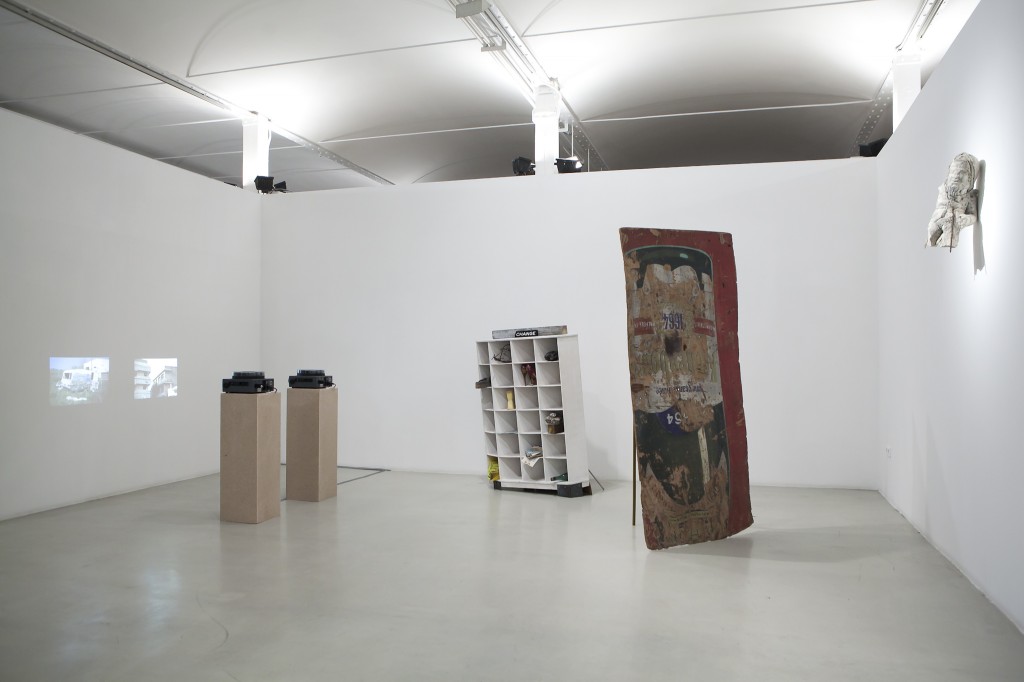 The Basque artist Karlos Martinez-Bordoy will talk about his work related to Oteiza’s unique architectural construction. The house was built by GATCPAC architect Luis Vallet. From 1958 to 1970 it was a meeting point for the discussions and for the important events that happened in the Basque culture of that time. Currently, the house is abandoned in the middle of a roundabout. 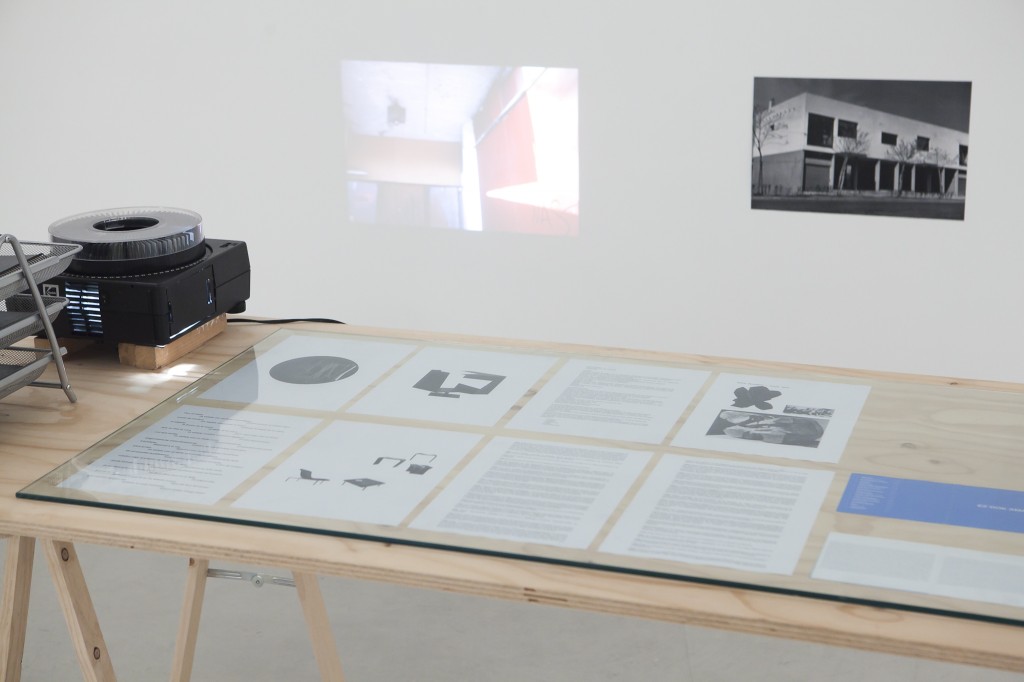 Daniela Ortiz discusses 60 homes of the upper class in Lima. The project proposes to look at the servant areas of specific Modern houses, studying its characteristics and comparing them to the other rooms of the house. 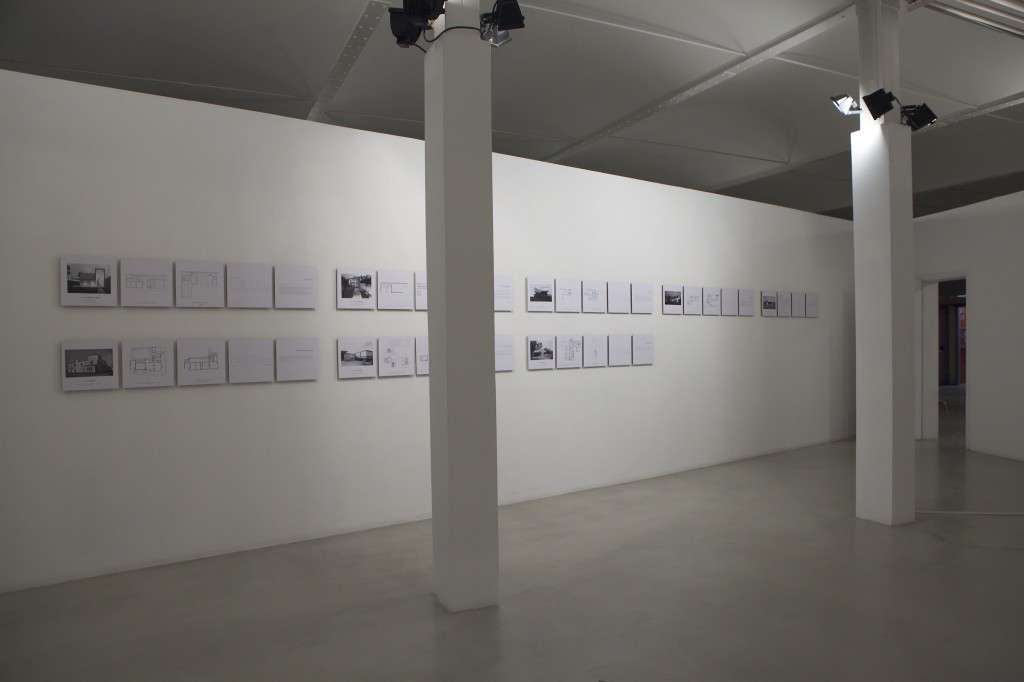 Closure and Round table

To close the series of talks, there was a round table with the curators, invited guest Martí Manen (independent curator, Stockholm) and some of the artists participating in the exhibition, in order to discuss the issues raised in Case Study: How can we talk about Modernity today? What is artistic research? 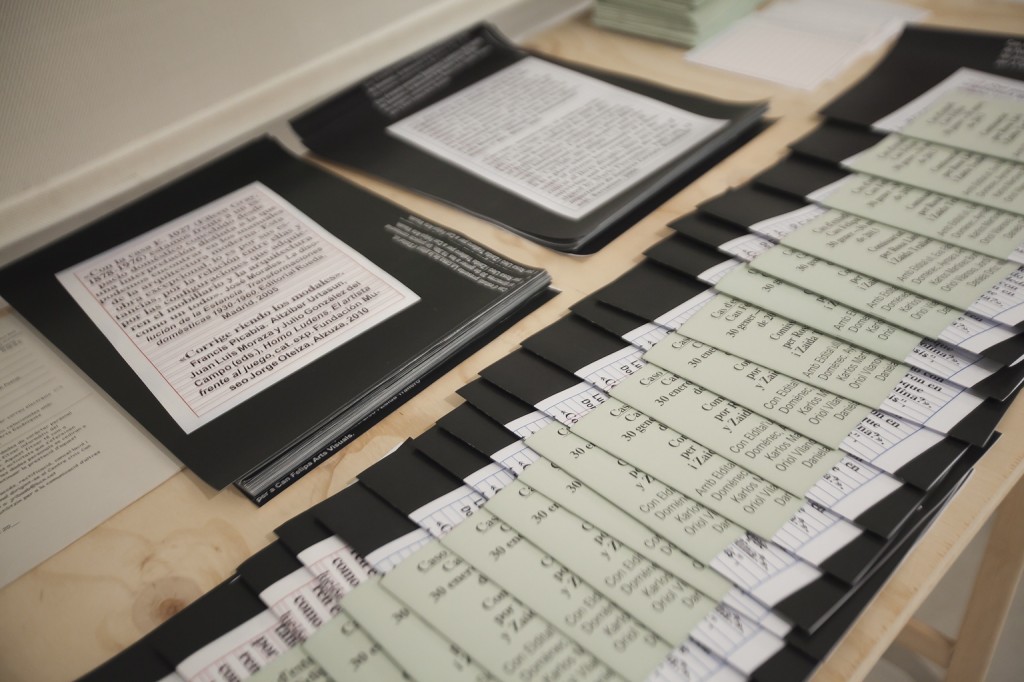