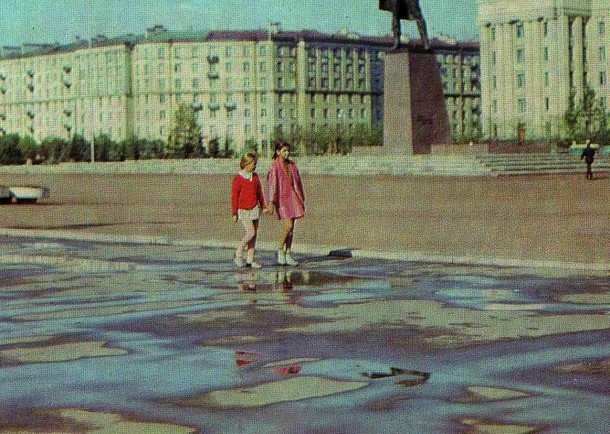 Oriol Vilanova: Repetition is a Question of Base – Afterall Online

Postcards have become frequent fodder for contemporary artists who, often working as archaeologists, aim to recuperate the monuments they show – not particularly to praise them, although there is always an aesthetic gesture on their display. Rather than power or death, postcards normally address vague nostalgia or banal remembrance. This work by the young Spanish artist Oriol Vilanova looks specifically at postcards of monuments. La repetición también es cuestión de base (Repetition Is a Question of Base, 2010) is comprised of an archive of postcards found in flea markets all over the world. Vilanova removes their main subject – the figure on the pedestal, usually – leaving only a collection of bases, emptied of meaning. He focuses on their absence, and in such a way, fits the monuments into his larger investigation on networks of power, urbanity and success.

Once separated from ideology, the monuments become a series of rectangular stones. For instead of prompting thinking about the complex historical situations from which they emerged, monuments are by and large expressions of a concluded and sometimes ideological interpretative process. They are guilty icons, carrying significant weight not only in its literal sense. However, as the ambivalent use of postcards in contemporary art attests, commemoration has also become commonplace through snapshots and all sorts of merchandising (their appearance on postcards, tea towels, etc.). Memory has become part of an empty and mass-produced iconography.

In Vilanova’s work, the focus of these cropped photographs shifts and our attention is drawn to the figures and atmosphere surrounding the monuments. Repetition becomes not only a photographic series about architectural styles, but also one about power and urban life in the twentieth century. The singularity of every heroic character disappears; the monuments become abstract notions of triumph from another time that no one seems interested in anymore. In the city, the statues sit silent in gardens or squares; in the countryside they become a landmark, a final destination. With this series, Vilanova is not trying to recuperate history or voluntarily to forget it, he just observes it with certain sympathy.

In the nineteenth century monuments were seen as obsolete, democracy and the spread of literacy devalued commemorative rituals and monuments, making them a leftover from the days of monarchy and superstition. But during the twentieth century they became very popular again, driven by the need of the state to mythologise itself and maintain the loyalty of its citizens. Today, specially in certain countries with non-democratic regimes, commemorations (ephemeral or permanent) continue to produce collective memory in conspicuous ways.

Vilanova has selected certain postcards of monuments from an infinite amount of reproductions. The piece comes from a process of collecting that has no particular end. There is no text, no specific order, so that all images become equally important and unimportant. In another similar work in progress, 36 and 39 Arches (2008-ongoing), he displays a collection of postcards of arches commemorating military triumphs. Some disappeared decades ago and others were recently built following the same architectural patterns. A language created by the Romans that still has a use in countries like North Korea and China, reminding us that military victories still happen and are considered sources of pride. In Vilanova’s research on success and prestige, the different manifestations of war in popular culture is a prevalent theme. In Empire Forgers (2009), he displays a collection of cards published after the Civil War in Spain, which portray the victorious Franco and his military colleagues, photographed in heroic poses and dramatic lighting. They might have been distributed as collectables together with a newspaper right after the war. As in La Repetición, there is an emphasis on how the past is produced, consumed, internalised and acted upon.

In other pieces where the artist works with contemporary images of victory and success, heroic aura is left aside, and Vilanova focuses on cheap merchandising, books and other sorts of odds and ends. Here, Donald Trump, Michael Jackson and figures from the book of Guinness Records are possible models for the modern hero. Words like honour, glory and triumph are substituted for ‘the best’ and ‘the most important’.

The iconography of victory, of prestige, and how it is perceived in mass culture is consistently presented in Vilanova’s work with surrealist humour and irreverence. Knights, military figures, a dictionary of success, and Vilanova himself, the young and promising artist, all constitute the jubilant pantheon of the artist’s work, made of elegant publications, triumphant paraphernalia and thrown-away, recouped postcards.