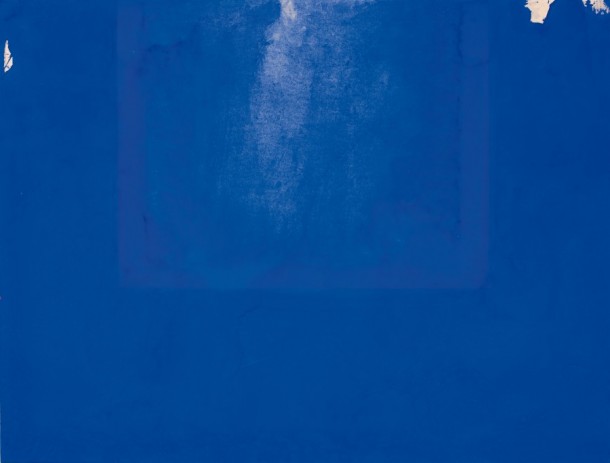 Presentation of some characters

One morning in the late summer, Alfons Borrell welcomed me at his studio in Sabadell. The paintings were all resting on the floor and looking at the wall. A presentation of shy characters, who did not dare to make themselves known until we had enough confidence. I sat down with the artist and we started talking about his childhood in the countryside, with the lizards and the trees, his self-taught learning, his stay in Pollença during military service and the sad fifties. After a while, the paintings started turning and they began to look at me very little by little, one by one, letting us glimpse their existence, with certain distrust. The dark grays were the colors with more presence, occupying almost all the space. They acted like screens, hard and opaque with the other colors that wanted to come out of the sides, showing a little light. Then the other three colors appeared: one orange, one oxide green and one blue ultramarine. Each one of these became active elements, as if they were characters that wanted to escape from the canvas, with a desire for freedom. The square was also introduced, a strong character, who does not want to discover the mystery. Even white, which is the lightest and youngest, since it comes from the absence of paint, seems to wanted to dare to say something. Because with Alfons Borrell everything happens within the space of the canvas.

However, in the drawings made with clippings that we discovered in a folder, these same characters were more fresh and daring. Enjoying more space, they were freer, often caressed by only a slight line. Or even live in beautiful compositions. They are happy. We are looking at them and commenting on how they “work” and why. They are combinations and intuitive forms, of a beauty and enormous subtlety. If the grandiloquent and noisy is useless in the present, perhaps it makes sense to pay attention to the tiny and barely perceptible fact. Marcel Duchamp’s inframince. An act that separates us from the surrounding reality. An experience that only oneself can have, a moment in which the temporal succession breaks down. The paintings make the time of the clock disappear, empty and homogeneous, to speak of rhythm.

I realized that we were in front of the capture of a series of instants. In the experience of a temporality in which time ceases to pass. But beyond meditative contemplation and the celebration of the simple. In the essay Contra el tiempo, Mexican writer Luciano Concheiro proposes a way to break with the dictatorship of speed. How to get out of the permanent updating that digitalization imposes, the accelerated flows of speculative capitalism, the too fast decisions of politics, the precariousness of work or the volatility of our social relations? Through the moment by itself, a no time, a blink during which we feel that the minutes and hours do not pass.

Finally we closed the folder, it was already late. I asked the artist to go out into the inner courtyard that he has in the studio and get closer to the fish pond. These had appeared in the conversation several times. Alfons explained in detail what kind of plants work in that ecosystem, the different species of fish, how to carry the water that ran through the source. And unintentionally, otherwise the color-characters reappeared: orange, ultramarine blue and green. Without giving them much importance we were there. Another moment. A time out of time.